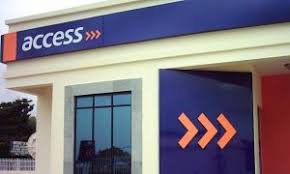 Kidnappers operating in the Federal Capital Territory (FCT) are becoming more daring by the day as they have started collecting ransom from their victims via bank accounts contrary to their usual style of receiving cash.

Last week alone, two kidnap operations by armed men on Tungan Maje community in the outskirts of the city. The marauders returned to the community, on Wednesday, after they had abducted 6 persons from the area a day earlier.

Other FCT suburbs such as Kuje, Bwari and Abaji have experienced staggered spikes in incidences in the last few months.

While such kidnappers usually release their victims after collecting cash payments, a new trend suggests that they are devising new means of getting the ransom.

In April, a former Deputy Governor of the Central Bank of Nigeria (CBN), Kingsley Moghalu, alleged that terrorists and kidnappers had started making ransom demands in cryptocurrencies.

Though he was not specific of which particular groups of the criminals resort to such method, the ex-central banker said the new trend called for more regulation and governments’ attention on the cryptocurrency market around the world.

Some Nigerians have complained of how banks make it difficult to retrieve information about criminals who defraud unsuspecting members of the public using bank accounts.

Hamisu Ibrahim, an Abuja resident, recalled how ‘bureaucracies’ in the bank made him lose money to a criminal group after he was made to make payment.

A financial fraud expert, Umar Yakubu, said detecting criminals who follow formal financial systems is an easy thing to do, except if the will is lacking.

Kidnappers on Wednesday, June 16, picked up their victims, Aminat Adewuyi and four others at Madalla junction when going on shopping to the popular Ibrahim Babangida Market in Suleja, Niger State.

According to report on an online media platform, the victims’ relatives paid ransom money ranging between N500,000 and N1,000,000 to a designated bank account provided by the kidnappers before they secured their freedom.

A brother of Adewuyi, who did not want his name in print, said while negotiating with them the criminals initially demanded N5 million from each of their victims.

The kidnappers later agreed to collect N500,000 from Adewuyi’s relatives after two days and much pleas.

The negotiator said the criminals threatened to slaughter the woman if the ransom was not paid within 48 hours and insisted that they preferred collecting the ransom via bank than the usual cash.

The ransom payment slip showed that Adewuyi’s husband paid N500,000 into an Access Bank account with number 1403762272 and the name Badawi Abba Enterprise.

Narrating her ordeal and how it happened, Adewuyi said, “We boarded a bus at a junction opposite SARCO filling station, near the popular NYSC junction in Kubwa when going to Suleja Market.

“Majority of the passengers in the bus alighted at Zuba. The driver wanted to drop off the remaining few passengers also but he managed to take us to Madalla junction – the road that leads to Dakwa.

“But when we got to Madalla junction, the driver said we should board another vehicle going to Suleja. The remaining five of us (women) stop a vehicle calling “Suleja! Suleja!!” and the bus driver settled him and we left.

“Immediately we entered, the driver ‘centrally locked’ all the doors and wound up all the windows. It was that time we knew that all the glasses were tinted. Four of us sat at the back seat, one sat together with a man in front including the driver.

“When they finished whining up the glasses, they brought out guns, knives and bottles of coke, saying we should cooperate. They ordered us to drink the coke mixed with codeine but I insisted I wouldn’t.

“The man in front raised a knife and gave me only codeine to drink but I pretended as if I had taken it. He could not do anything with his weapon because it was so tight in the vehicle.

“Some of the victims who took the coke had started sleeping before we reached the bush where they took us to.

“Despite the fact that I didn’t sleep, I can’t recognise where they took us to. I only know that the vehicle that conveyed us turned left immediately after Kwata (the popular place they are selling meat) before Suleja. Kwata is after Kwankwashe.

“Our vehicle drove into the bush and when it couldn’t go further, because the remaining road was a pathway, three persons that had already been waiting for them with bikes, conveyed us with their bikes into the deep bush.

“There was only one house in that bush. They kept us there and they were giving us bread and sachet water. One of us was released that same day because she had money in her account and transferred it to them immediately, we got there.

“They were already sharpening their knives to slaughter me after two days when they couldn’t get an alert from my husband. It was only God that saved me that day.”

Adewuyi’s husband, at the time, said he had formally reported the matter at the Anti-Kidnapping Unit of the Nigerian Police in Jabi.

When contacted, the Spokesperson for the FCT Police Command, ASP Mariam Yusuf, said the command has deployed overt and covert strategies to checkmate criminality within FCT including special Anti-Kidnapping operations.