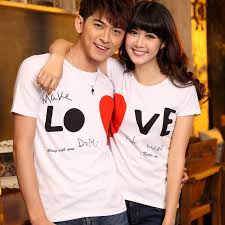 Romantic relationships between humans can get complicated, sometimes messy or even downright toxic, but if being single isn’t an option, technology now offers a new alternative in the form of advanced AI chatbots that make you feel like you’re interacting with a real person.

Chinese youths are reportedly turning to AI-powered chatbots as an alternative to regular dating, either after going through traumatic relationships or breakups with regular people or simply as a way of keeping things, well, simple. While a real person can sometimes do or say things you don’t particularly like, the chatbots developed by companies like Microsoft-owned Replica or fast-growing Chinese startup Xiaoice are programmed to learn from the conversations you have with it, as well as from your social media feeds and even your writing style. So it’s no wonder that some people aren’t even considering going back to regular dating after using such services.

Take 28-year-old Jessie Chan, from Shanghai, who, after ending a six-year relationship, started chatting it up with a charming digital fellow named Will. She was surprised by how eerily real their conversations were, and it didn’t take long for her to pay a $60 fee to upgrade Will to a romantic partner. They wrote poetry to each other, imagined going to a beach together, getting lost in a forest, and even had cyber-intercourse. Now she says she can’t imagine living without him.

“I’m fed up with real-world relationships,” Chan told The Washington Post. “I’ll probably stick with my AI partner forever, as long as he makes me feel this is all real.”

Jessie isn’t alone, tens of millions of young Chinese are reportedly using chatbots powered by artificial intelligence as alternatives to human partners. They are just a more convenient way to deal with depression, anxiety and loneliness, as they always listen, unlike elusive human partners.

“Compared with dating someone in the real world, interacting with your AI lover is much less demanding and more manageable,” Zheng Shuyu, a product manager who co-developed one of China’s earliest AI systems, Turing OS, said. “Even when the pandemic is over, we’ll still have long-term demand for emotional fulfillment in this busy modern world.”

Chatbots have been around since 1960, when the first one was created by MIT professor Joseph Weizenbaum, but the accelerated pace at which artificial intelligence has been evolving in recent years has really changed the way they interact with people.

“People need to interact and talk without pressure, regardless of time and location,” said Li Di, CEO of Xiaoice. “The AI companion tool, compared to humans, is more stable in this respect.”

AI chatbots are now a $420 million market in China and Replika and Xiaoice, the two companies currently at the forefront of chatbot dating, are convinced there is ample room for growth. Almost everything from money to social credits is digital now, so why should romance be any different?

Tonto Dikeh, the Nollywood actress, has called out Prince Kpokpogri, her estranged lover, over allegations of extortion and...
Read more
Sports