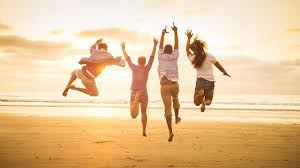 An 80-year-old Harvard University study of two generations of people may have cracked the code to a good life.

The Grant Study and the Harvard Study of Adult Development followed several hundred people throughout their lifetimes and charted different aspects of their lives. They found that while the answer is complex, the happiest of the participants focused on three things: long-term success, emotional intelligence, and relationships.

Starting in 1938, Harvard Medical School researcher Dr. Arlie Bock began the project with 268 males in their sophomore year at Harvard. The participants in the study consented to physical, extensive physiological measurements, questionnaires, and interviews throughout their life to help researchers find the elements needed for a good life.

Of the 268 original subjects, the most substantial changes occurred to the men when they were around 40. For example, one became president of the U.S. (John F. Kennedy), one was a bestselling author, and four ran for U.S. Senate. Many others experienced tragedy and heartbreak.

Researchers found the first pillar of a good life was success based on a long-term horizon. They found that looking at any one moment in time of any participant’s life was misleading. Instead, participants experienced ups and downs throughout their life, and prior failures were not necessarily indicative of future success. In other words, just because someone experienced trauma or other significant life events didn’t mean they were never going to achieve success in the long run. On the contrary, many who focused on moving forward past their lows achieved overall success in the long run.

Conversely, those who had seemingly great success early on weren’t always successful later in life. For example, one participant, John Hines, was the model Harvard student and had everything going for him. He was married with a successful career and excelled at school. But in his 30s he began smoking and drinking, had an affair, and suddenly died of disease.

“I think the most important element that has emerged in my own psychic picture is a fuller realization of my own hostilities,” Hines wrote as part of the study during a low point. “In early years I used to pride myself on not having any. This was probably because they were too deeply buried, and I was unwilling and afraid to face them.”

In contrast to John’s life, another participant, Godfrey Camille, was seemingly destined for failure and was initially rated the least likely to succeed. He ate alone until the age of 6, had attempted suicide, and was haunted by memories of his childhood trauma.

At 35, Camille had what he described as a spiritual awakening, became a licensed psychiatrist, and used his life experiences to help others. Researchers found that, by the end of his life, he was one of the happiest participants of all those involved in the study.

Emotional intelligence involves dealing with setbacks and issues in our lives and the influence these setbacks have on our emotional health. Researchers found that those who could respond to life’s troubles positively were more emotionally and physically healthy than the others who dwelled on issues in their lives.

In general, though, researchers found that emotional intelligence went hand in hand with personal and professional success, was learned and measurable, and increased with age.

Finally, researchers found that positive, meaningful relationships were one of the most vital indicators to having a good life. There was a direct correlation between the happiness we have in our close relationships and our overall health and happiness.

“The people who were the most satisfied in their relationships and age 50 were the healthiest at age 8,” Dr. Robert Waldinger, a Harvard Medical School psychiatrist and the current director of the Grant Study said. “Strong relationships help to delay mental and physical decline. Taking care of your body is important, but tending to your relationships is a form of self-care too.”