What animal is the most lethal in the world? The unexpected animal you’ve already encountered 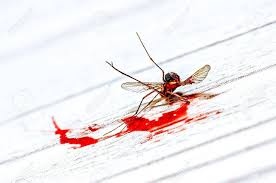 Animals on Earth, especially those that are wild, such as alligators, hippos, and pythons, are not usually the most calm.

According to OurWorldinData.org, more than two million animal species have been identified, but the total number of species on the planet, including those still to be discovered, is thought to be between five and ten million.

A study from the Department of Wildland Resources at Utah State University found that “nearly 47,000 people in the United States sought medical assistance after being attacked or bit by wildlife” every year.

What’s the one animal that outranks all others in terms of danger, and what should you do if you come across it?

What is the most dangerous animal in the world?

According to a-z-animals.com, mosquitos are the deadliest animals in the world, killing an estimated 750,000 to 1 million humans yearly. With up to 110 trillion mosquitoes on the planet, the insects can carry lethal diseases like malaria, dengue fever, West Nile virus and Zika virus.There are 16,000 mosquitoes on the planet for every one person.

According to the Centers for Disease Control and Prevention, 435,000 people died from malaria in 2017. This disease threatens almost half the world’s population, and lymphatic filariasis affects “120 million people in 72 countries.”

To avoid mosquito bites, the CDC recommends insect repellent, long-sleeved clothing with sufficient coverage, screens on windows and doors, air conditioning and mosquito nets on strollers or your sleeping and living areas.

The CDC emphasizes the importance of cleaning and clearing out containers that hold water, as these can become mosquito nesting grounds.

What to do if you’re bit by a mosquito

Symptoms of mosquito bites include an itchy, puffy red bump, small blisters and dark bruise-like spots, says the CDC. More extreme reactions — common in children, adults who have never been bitten before and those with a compromised immune system — consist of swelling, redness, fevers, hives and swollen lymph nodes.

To treat a mosquito bite, wash the bite area with soap and water. Use an ice pack for 10 minutes, paired with anti-itch cream and a baking soda and water mixture to reduce swelling and itching. Do not scratch the bite, as this can cause infection.

If your bite symptoms worsen, it may be infected or you may have contracted a disease. Contact your healthcare provider for treatment and next steps should your condition worsen.