Man steals in order to be caught, because he cannot afford to be free 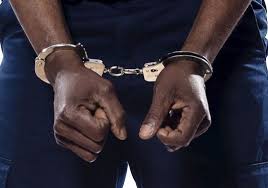 Recently, a 60-year-old man in Thailand shocked the entire island nation when he stole from a pharmacy in order to get caught and sent to jail since he was unable to pay his bills.

According to reports, the strange incident took place at a drugstore in the province of Chonburi, south of Bangkok, on July 29, 2022, in the late afternoon.

The staff discovered the 60-year-old man taking three bars of soap valued THB17 ($0.47), which the police later identified as Phichit.

Shoplifters faced fines of up to 30 times the value of the items they stole, as well as possible jail time, if they violated the place’s very apparent warnings against stealing.

However, in this case, the staff was willing to let the old man off the hook, and a bystander even offered to pay the fine for him. But he wouldn’t have it, insisting that the staff call the police on him.

Phichit demanded that he be arrested for his crime, so the pharmacy staff had no choice but to call police. During questioning, the man said that he preferred to spend some time behind bars, where he would receive three free meals a day and get to socialize with other people, instead of on the streets, without a job and at a real risk of starving to death.

It’s unclear how police officers chose to deal with the situation, but Phichit’s story served as a reminder of the dire situation many Thai people are in at the moment, with inflation hitting the highest level since 2008.

Interestingly, this 60-year-old man isn’t the first person looking to get arrested on purpose. A few years back, we wrote about an American man who tried robbing a bank just to get arrested and spend some time away from his nagging wife. Then there was the case of the man who robbed a bank soon after serving a 20-year prison sentence, because he couldn’t get used to life on the outside.