WHO advises one doctor for every 600 people, however in Nigeria it is one for every 5,000. Here is what the FG and physicians have to say about the deteriorating brain drain 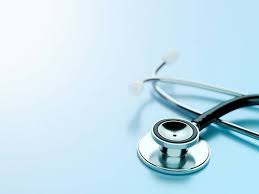 According to medical organisations and experts, the country is moving further away from the ideal ratio of doctors to patients due to the ongoing brain drain of medical professionals.

Their stance criticized Osagie Ehanire, the Minister of Health, for asserting that despite the brain drain, Nigeria has an enough supply of doctors.

In a briefing on Tuesday, the minister said that there were enough doctors in the nation and that more doctors were being produced than were being exported.

The Nigerian Medical Association (NMA), the nation’s umbrella organization for physicians, and other parties, however, argued that the minister’s assertion was untrue.

Out of the roughly 80,000 medical doctors who have been registered with the Medical and Dental Council of Nigeria (MDCN) since 1960, the NMA asserted that only about 30,000 of them are currently practicing in Nigeria.

One of the reasons the Nigerian Association of Resident Doctors (NARD) gave the federal government a two-week deadline to address was the recent brain drain in the health sector, which has resulted in a shortage of manpower with attendant burnout, payment of hazard allowance, and unpaid Medical Residency Training Fund.

Findings by our reporter also reveal that many doctors in the country continue to troop to recruitment interviews or centres by foreign governments to leave the country for greener pastures.

A large number of those seeking to leave the country are consultants with different specialties in the field of medicine, thereby causing manpower shortages in the health facilities.

The minister of health had said: “At the moment we have heard complaints of doctors who are now leaving the system but there are actually enough doctors in the system in the country because we are producing up to 2,000 or 3,000 doctors every year in the country, and the number leaving is less than 1,000. It is just that the employment process needs to be smoothened.”

He said the ministry was working with the Office of the Head of the Civil Service of the Federation to have a one-for-one policy of employment.

“So if one doctor resigns today and goes abroad, we will employ one doctor. If it is one nurse, we replace it with one nurse. So, if we adopt a one-for-one replacement we are not likely to have a shortage.