Home Politics Why Did Muyiwa Sodade Cordinate An Attack On Ladi Adebutu?
Politics

Why Did Muyiwa Sodade Cordinate An Attack On Ladi Adebutu? 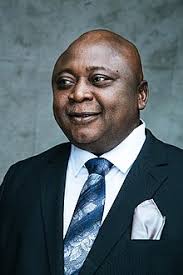 Muyiwa Sodade the current Transition Secetary to the Local Government Chairman in Remo North has been reportedly linked with the attack on Ladi Adebutu, the son of the Ogun state business mogul, who’s also the Balogun And Babaoba Of Iperu Remo, Akogun Of Remoland Dr. Chief Kesington Adebukunola Adebutu OON, CON.

In a recent press release by the Ogun State Chapter of the PDP, it was alleged that Sodade with a pistol and in a well harmonized strike led a direct attack on the former House of representative member , Hon Ladi Adebutu.

According to the state Publicity Secretary of the PDP, Asiwaju Bankole Akinloye said the needless attack occured on friday May 28, 2021 at Isara Remo when their party leaders and several members were departing from a social function in the town.

Politics could only be dangerous only when men without conscience come together to make it more deadly, Sodade who has been a follower of Ladi Adebutu and benefitted from the philanthropic lifestyle of the Iperu Politician remain ungrateful in his dealings.

Bankole stressed that PDP as a responsible political party that has a rich tradition of peaceful and civil conduct, they demand immediate arrest of Muyiwa Sodade and others who were allegedly involved in the attack, yet Muyiwa Sodade has remain mute 48hours after the incident.

As 2023 election draw closer, the faces of who should hold the position of authority becomes more clearer.