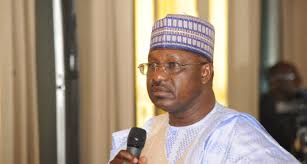 Fani-Kayode who said this while reacting to killing of Gulak on his social media handles, however described the killers of the chieftain of All Progressives Congress, APC as ‘cowards.’

In a tweet, Fani-Kayode wrote: “I condemn the assassination of my old friend & former Special Assistant to @GEJonathan, Ahmed Gulak, in Owerri this morning.

“The cowards trailed him, targeted him, identified him and killed him. This was the handiwork of skilled professionals. May the soul of Ahmed rest in peace.”

The Police in Imo had said Gulak was killed by unidentified gunmen on his way to catch a flight that will take him out of Owerri to Abuja
Imo Commissioner of Police in Imo, Abutu, in a statement issued in Owerri on Sunday by the command’s spokesperson, SP Bala Alkana said Gulak was shot and killed on Ngor-Okpala Road on his way to the Sam Mbakwe Airport in Imo State to catch a flight.
According to the Police, Gulak left his room at Protea Hotel without informing the Police nor sister agencies in view of the fragile security situation in the South East and Imo in particular.
“He left without any security escorts while the cab driver took irregular route to the airport, six armed bandits who rode in a Toyota Sienna intercepted, identified and shot at Ahmed Gulak at around Umueze Obiangwu in Ngor-Okpala Local Government Area close to the Airport,” he said.
The police spokesperson said the force has began discreet investigations into the matter as Tactical and Special forces had been deployed to cordon the area and arrest perpetrators.
NAN reports the development has caused serious panic in Imo with some churches hurriedly dismissing members from sunday services.

Share
Facebook
Twitter
Pinterest
WhatsApp
Previous articleWhy Did Muyiwa Sodade Cordinate An Attack On Ladi Adebutu?
Next articleIt’s saddening and disheartening for some elders to be ruling out youth aspirations among various political parties in Remo – RYA