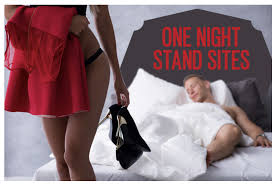 I was in love with this guy so much that we do everything together. Aside from the fact that we share the same goals, religion put us far from each other. He was a muslim and I, a christian. I loss my virginity to him (we were both naive in that practice anyway). My parents forbid me and we drifted apart but I loved him still.

I met another guy afterward who shares the same belief with me and we got married three years later. Infact, my ex came for the wedding and celebrated me even during the reception( my husband already know his story and was not surprised when he saw him at the wedding).

A year after the birth of my son, I had an official assignment in another location where my ex’s sister resided and because I could not complete the assignment that day, I decided to sleep over at her place. But on getting there, I saw my ex sitting in the living room. It was already late as at that time and I couldn’t go back or book for a hotel and I decided to chilled out, telling myself that nothing must happen between us that day. undecided My greatest mistake!

The apartment was just 3 bedroom. A master bedroom for the sister, a room for the children and the other for a visitor. Now we are having two visitors who once shared a thing for each other. cry My ex invited me into the room but I declined telling him I would rather sleep on the floor in the living room or he should bring a matrass for me. He brought the mattress in the visitors room into the living room and we both slept on it. One thing led to another in the middle of the night…. cry cry cry cry cry . And it happened! Coincidentally, my husband called at that time. I had to switched off my phone.

When I got back home the next day, I apologized to my husband that I had a flat battery and he didn’t say anything but my husband never looked at me the same again. He never quarreled or said anything even after couple of years later. But the way he talks sometimes as if he kws I am hiding a secret from him and he wants me to open up to him. My fear is that if I should open up, I might lose my marriage and my family. What happened between my ex and I was a one time thing. I never went back or saw him again. It has been 10 years now and I am still feeling bad about it especially when he talked about cheating couple.

This feeling is eating me up. I don’t know if I should still open up to him or I should forever remain silent about it….

How We Emerged Overall champions at 2022 Bankers Games – Wema Bank