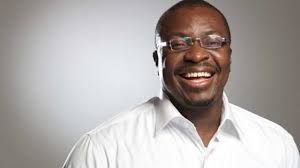 The comedian released a video in which he berated some anonymous people he has dealings with personally.

Many actresses, according to Ali Baba, might not be able to purchase plane tickets but yet showcase their opulent lifestyle on Instagram.

He said top female film stars might earn as much as N5 million per film but don’t act enough times in a year to be able to afford the kind of life they flaunt on social media.

“You’re an actor or an actress. How many movies have you done that gave you N45 million to buy a house? You that just joined the industry? Those who have been in the industry and have been struggling since did not buy,” he said.

“I may be tempted to mention names but I will not. We went to Dubai one time. While we were waiting, I see this actress coming in. I see the protocol officer of a particular person and greeted them.

“They greeted me and everything. Then the person came and said, ‘here is your key.’ They gave her keys and she went upstairs. Two days later, I see her posting such captions as ‘lounging in Dubai’. Can you buy your ticket?”