Amosun To Declare Presidential Bid May 5 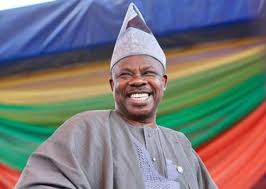 There are indications that the former governor of Ogun State, Senator Ibikunle Amosun will on May 5 declare his interest in the 2023 presidency.

His formal declaration for the contest has been fixed for the Federal Capital Territory, Abuja, to climax his ongoing consultations with critical stakeholders across the country.

A source hinted that the former governor has been under pressure from many individuals and groups to join the race for the ticket of the All Progressives Congress (APC) for the 2023 presidential election.

The immediate past two-term governor and current member of the Senate, representing Ogun Central senatorial district, is among the political bigwigs that formed the ruling party in the buildup to the 2015 general election, as he was also among the major pillars of the All Nigeria Peoples Party (ANPP), one of the legacy parties in the APC.

The growing list of APC chieftains in the contest for its ticket has Vice-President Yemi Osinbajo; national leader of the party, Senator Bola Tinubu; Minister of Labour and Engagement, Dr Chris Ngige; a former president of the Senate, Senator Ken Nnamani; Governor Yahaya Bello of Kogi State; Minister of Transportation, Rotimi Amaechi and Governor Dave Umahi of Ebonyi State.

Apart from the governor of Kogi State, all the other contestants are from the southern part of the country, with only Osinbajo and Amosun being from Ogun State.