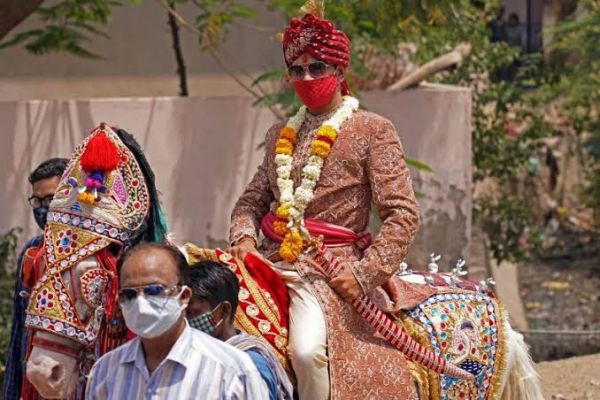 A bride-to-be in India reportedly refused to go through with the marriage after she discovered that the groom had weak eyesight and needed to use glasses to read a newspaper.

The wedding was set to take place in Auraiya in the country’s Uttar Pradesh state but was called off at the last minute when it became clear the would-be husband was dependent on glasses.

The marriage appears to have been arranged by the families involved, according to a report from The Times of India on Thursday. Arranged marriages are still common on the Indian subcontinent.

The bride’s family reportedly paid a dowry to the groom, which included cash and a motorcycle.

South Asian news agency ANI identified the bride as Archana of Jamalpur village in the Sadar Kotwali area and the groom as Shivam of Banshi village.

The nuptials were apparently carefully arranged and the couple matched with reference to the young man’s educational background and social status. The exact ages of the couple were not available at the time of writing.

The plans were laid and the wedding day arrived but over the course of the day, the bride and the women in her family noticed that Shivam was wearing glasses. Suspicious about this, Archana’s family decided to perform a test.

They asked Shivam to read a newspaper without wearing his glasses. When it became clear he couldn’t read without recourse to his spectacles, the bride’s family decided unanimously to call the ceremony off. They were unaware of the groom’s weak eyesight until the wedding day.

Shivam arrived as part of a “baraat” – a traditional procession where the groom rides a mare – according to Gulf News.

“When the baraat came to the house on June 20, the groom was wearing spectacles all the time. We asked him to take off his spectacles and read a Hindi newspaper but he could not. My daughter refused to marry him,” said Arjun Singh, the bride’s father.

“I had no idea that the groom’s eyesight was so weak. My daughter, on knowing the fact, decided to call off the marriage,” Singh said.

However, the matter did not end there. The bride’s family demanded the return of the dowry, including the motorcycle and the expenses they incurred in arranging the marriage.

When the groom’s family refused, the bride’s family lodged a complaint with the local police station. According to Singh, the police attempted to deal with the matter amicably but were unable to do so as the groom’s family didn’t show up to reach an agreement.