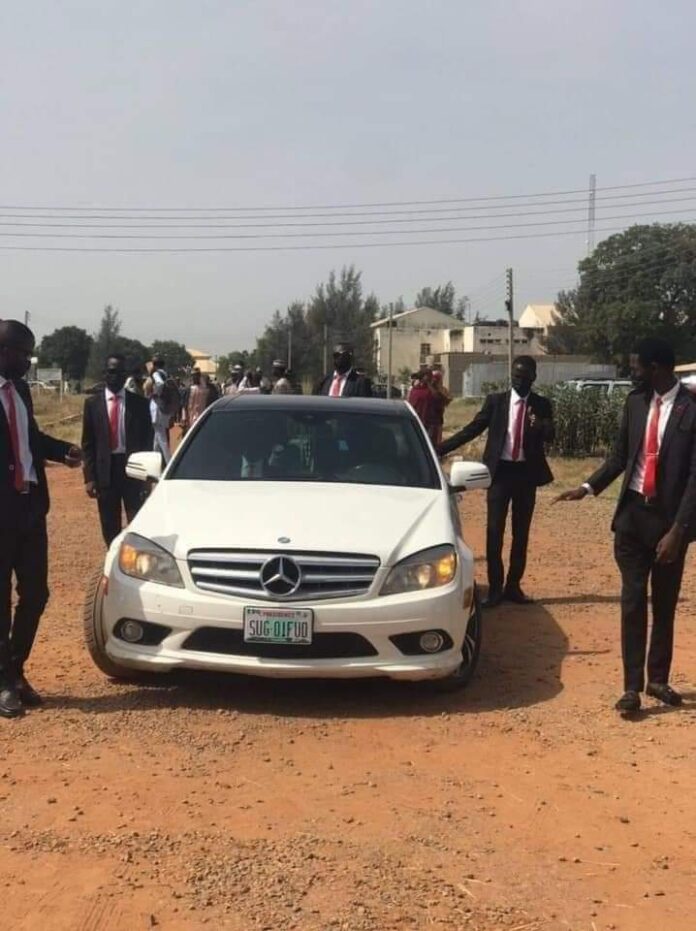 FUD SUG President Comrade Muhammad Mukhtar Umar has been at the centre of criticism. A picture of him was viral on social media, arriving in a Mercedes Benz with custom number plate, EaglesPath Online reports.

The Federal University, Dutse has clarified that the president of the Students Union Government, SUG, Muhammad Umar, did not attend lecture in convoy as reported on social media.

But the spokesman for the university, Abdullahi Bello, said in a statement that the students of Criminology and Security Studies were demonstrating VIP protection when the pictures were taken.

“Our attention has been drawn to a post circulating in the social media insinuating that the Students Union President of Federal University Dutse, Comrade Muhammad Mukhtar Umar attends lecture in a convoy with presumed security in tow.

“The said pictures were taken when the students of Criminology and Security Studies (CSS) Department had their week and the CSS students put to practice how to protect high profile personality by bringing the SUG president to the occasion in that manner.

“It is not possible for that number of students to abandon their lectures just to escort the SUG President to attend a class.

“The Federal University Dutse takes the issue of training students both in character and learning seriously and as such will not condone such action in the campus,” Mr Bello said.