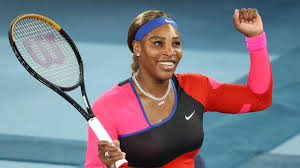 Serena Williams seems to be preparing to retire from competitive tennis for good. In an essay for Vogue that was published on Tuesday, the legendary athlete, who has won countless titles, including 23 Grand Slams, over a playing career that has lasted almost three decades, suggested that she intends to retire after the upcoming U.S. Open.

Williams, 40, is currently competing in the Canadian Open, where she earlier this week won her first singles match in a little more than a year. On Wednesday, she will play another match there. Williams has recently focused more on endeavors outside of tennis while still competing against the best athletes in the world at events like Wimbledon and the French Open from a year ago.

In her new essay, she said that “evolving away from tennis” would give her an opportunity to prioritize other things.

“I have never liked the word retirement. It doesn’t feel like a modern word to me. I’ve been thinking of this as a transition, but I want to be sensitive about how I use that word, which means something very specific and important to a community of people,” she wrote. “Maybe the best word to describe what I’m up to is evolution. I’m here to tell you that I’m evolving away from tennis, toward other things that are important to me.”

One of those priorities, she said, is Serena Ventures, a venture capital firm she started several years ago.

The other is her family and the hope of having another child with her husband Alexis Ohanian. Their daughter, Alexis Olympia, is now 4 years old.

“I want to grow that family,” she wrote.