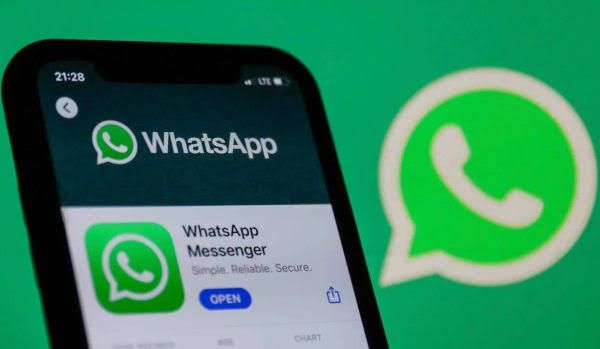 You may now undelete a WhatsApp message for up to two days and twelve hours (60 hours in total), allowing you to undo an unintentionally transmitted chat even after business hours. It used to be that you could only do this for 1 hour, 8 minutes, and 16 seconds.

In its tweet touting this feature, the business just specified “little over two days,” leaving out the 12-hour portion.

The unsend option was first made available by WhatsApp in 2017 with a seven-minute time limit, but it was later extended to one hour and eight minutes. However, with this new version, the firm has chosen a fairly peculiar time period of two and a half days, contrary to WABetaInfo’s prediction that the corporation would contemplate imposing a seven-day limit.

In comparison, rival chat app Telegram has no limit on deleting a message, so you can remove a chat years after sending it. Apple is moving in the other direction; after introducing the unsend feature for iOS 16 at its Worldwide Developer Conference (WWDC) in June, the company reduced the limit from 15 minutes to two minutes in the fourth version of the iOS 16 developer beta last month.

WhatsApp is also introducing new privacy features to its app including blocking screenshots for “view-once messages” and the ability to leave a group silently.

The Meta-owned globally ubiquitous messaging service says the changes aim to give users more control over their experience while introducing “added layers” to protect their private communications.

WhatsApp will introduce an option for users to privately use the app without being visible online, something it calls “online presence control.” The feature, which rolls out to everyone this month, will let WhatsApp users curate which contacts can see their online status while hiding it from others. The list of contacts who can view your online status doesn’t have a cap and you can swap people in and out at any time. The company says that the update will come to both its desktop and mobile app offerings.

The company is also testing screenshot blocking for “view once” messages, which disappear after being opened a single time. WhatsApp introduced a disappearing media option a year ago, reminding users at the time that they wouldn’t be able to know if the recipient was saving any shared photos and videos as screenshots. The feature is in testing for now but the company hopes to get it out to users broadly “soon.” (It’s worth remembering that anyone can still take a photo of their screen with a different device, which should make you think twice about getting too comfy on apps with disappearing messaging.)

The last change is another small quality of life update but a notable enough one. This month, WhatsApp will allow users to leave groups privately without sending out a mass notification that they bailed. Group admins will still get notified, but generally this change should make moving through groups on the app more fluid and less awkward. This change will also roll out to both the desktop and mobile version of the app.

WhatsApp Head of Product Ami Vora described the additions as a boost to the app’s “interlocking layers of protection,” which aim to bolster its status as a prominent encrypted messaging option.

The company has made other efforts over the years. Last fall, it closed one possible weak spot in its encrypted messaging service, adding end-to-end encryption for backups stored in the cloud.

“We’ll keep building new ways to protect your messages and keep them as private and secure as face-to-face conversation,” Meta Founder and CEO Mark Zuckerberg said of the new features.

The company’s own messaging isn’t always as tight though: A confusing privacy policy update in early 2021 prompted a backlash, sending users to rival apps. That same update is still reverberating more than a year later, and the European Commission launched a formal investigation into its concerns about the app’s consumer protections earlier this year.