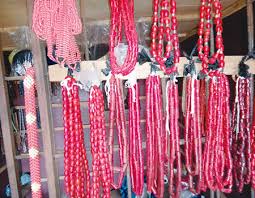 Committed to the enactment of an all inclusive Obas and Chiefs, Council of Obas and Traditional Council Laws of Ogun State, 2021 to reflect the current reality in the State, the State House of Assembly has inaugurated a-five man committee with a mandate to bring to bear their legal and administrative expertise towards achieving a legislation that would further redefine the institution in the State.

Oluomo explained that the rationale behind the formation of the Committee was to enable the Assembly tap from the experience of the public officials and professionals, whose scope of duty was in relation to the proposed law, to reflect current societal trends and address various gaps created by civilization.

Citing different cases of irregularities that were recorded in the appointments and installation of traditional rulers in the recent past, Oluomo stated that the top officials were carefully outsourced from the State Ministries of Justice, Local Government and Chieftaincy Affairs as well as the representatives of the Nigeria Bar Association.

He listed the terms of reference of the Committee to include: ensuring an all inclusive bill guiding the selection, appointments, installation and recognition of traditional rulers by harnessing the opinion and submissions of all concerned stakeholders that would attend the public hearing slated for Wednesday, 14th July, 2021 on the proposed bill among others.

He further noted that flagrant disobedience to laid down rules in the past had resulted into abuse and legal tussle in the installation and elevation of monarchs, especially those whose lineage were never entitled to the thrones.

Responding on behalf of other members, the Director, Civil Litigations and Advisory Services, who is also the Chairman of the Committee, Mr. Phillips Akinsinde, assured that the Committee would do a thorough job on the task assigned, adding that they would bring their expertise to bear in achieving desired result.

In a related development, the House Committee on Local Government and Chieftaincy Affairs has examined the budget performace of Ikenne, Sagamu, Ijebu North East, Odogbolu and Ipokia Local Government Councils, with a charge on them to further ensure strict adherence to the principle of quality assurance in all phases of their project developments.

The Chairman of the Committee, Hon. Bolanle Ajayi in company of other lawmakers including Ganiyu Oyedeji, Yusuf Amosun, Yusuf Adejojo and Damilola Soneye explained that such had become imperative in view of the need to provide the teeming grass root people with more viable projects that would stand the test of time, while serving their projected needs.

Urging the councils to further invest and diversity into agro-allied sector, the lawmaker charged the Chairmen to set in motion, more robust policies meant to reposition the councils for effective and efficient service delivery.

In their respective remarks, the Transition Chairmen represented by their various Heads of Local Government Administrations reeled out their respective budget performance with projects including open stalls, road rehabilitation, construction of maternity centres and drainage channels amongst others in the period under review.