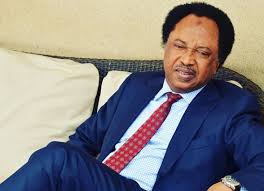 This was contained in a letter signed by the ex-lawmaker and addressed to the chairman of the party in ward six, Tudun Wada, Kaduna.

The letter obtained by The PUNCH was titled, ‘Formal Notification Of My Decision To Step Aside From The Party’ and dated July 9, 2021.

It read, “I wish to formally notify you of my decision to step aside from the Peoples Redemption Party. This notice takes effect from today.”

“I hope we shall continue to relate in the spirit of our struggle, our shared history, and our common ideological principles. Accept the best wishes of my highest regard.”

In his letter, he neither gave any reason for leaving the PRP nor reveal the next political party he would join.

Sani joined the PRP after he dumped the All Progressives Congress in October 2018.

The PRP was created in the Second Republic and was led by the late elder statesman, Mallam Aminu Kano, after his withdrawal from the National Party of Nigeria.