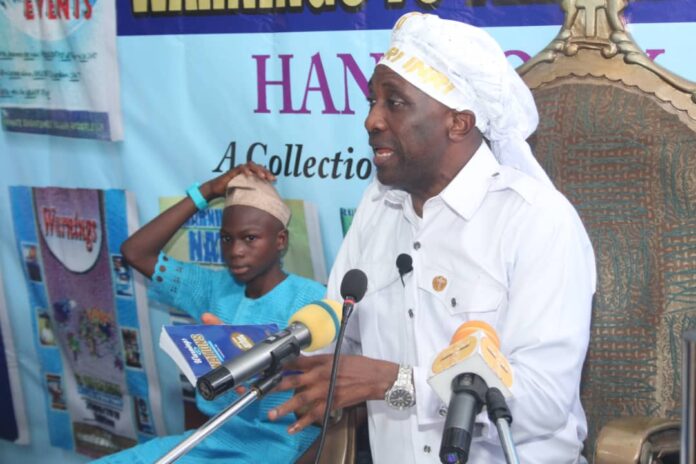 Internationally recognized prophet, Primate Elijah Ayodele is being celebrated again for the fulfillment of some of his prophecies which were noted in his annual book of prophecy titled Warnings To The Nation about the international communities.

Primate Ayodele, though a Nigerian based prophet is highly recognized for his prophetic declarations about nations around the world, sending warnings to world leaders as revealed by God. Recently, his prophecies on China, Germany, India, Mali, Peru came to pass as he put them in his book of prophecy ‘Warning To The Nations’.

At the moment, his prophecy on the nation of Afghanistan has just been fulfilled. The man of God in the 2021/2022 edition of ‘Warning To The Nations’ (pg 256-257) made some revelations about the president and the security situation of the country. In one part of the revelations, He made it known that he foresees a protest seeking for the removal of the President, Ashraf Ghani. In Afghanistan as we speak, an Islamic sect, Taliban has taken over most part of the country, causing violence, killings and trouble. The group has also made it known that they will not stop this war until the president is removed, fulfilling the first part of Primate Ayodele’s prophecy.

Another part of his prophecy on the country warned the citizens of the United States Of America against going into the country because he foresees trouble happening in the country and defending them will be difficult. Fulfilling this prophecy, the USA yesterday ordered all of her citizens to leave the country immediately due to the Taliban war that has led to a widespread violence across the country.

Apart from these, Primate Ayodele asked the country to pray against strange happenings that will trouble the country. He advised the government to be watchful of terrorist attacks and trouble situation in the country. Yesterday, news broke out that the largest city in Afghanistan has been taken over by the Taliban which is of course very strange as it never happened before. Since this development, the country has been troubled, several have died and citizens now run for their lives.

There are many other revelations the man of God made about Afghanistan, most of which talked about the future of the country.

Some hours ago, the federal government named some universities and declared them as Illegal through the National Universities Commission.
Read more
Foreign