Want to sound smarter? Avoid these 24 overused words and phrases 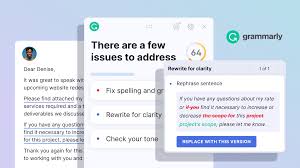 Careful what you say or type at work — because it could backfire.

As word and grammar experts, we asked dozens of managers what bothered them the most when they talk to employees and read emails or DMs from them. The most common complaint? All the “junk” words and phrases!

Too many of us fill our conversations with useless, clunky and pretentious words and phrases, especially ones that have duplicate meanings. In some cases, they aren’t technically incorrect, but it’s always best — and safer — to err on the side of caution and stick with the standard rules of business communication.

Here are some of the most overused words and phrases that managers told us irritate them the most:

AM is the abbreviation for ante meridiem, which means “before noon,” so if you use the complete phrase, you’re actually saying “3 before noon in the morning.” Just say 3 AM (or whatever time it is). Same thing goes for PM.

Avoid them both — unless it’s a casual conversation and you’re using it to emphasize the necessity of something.

Let’s look at the facts: a fact is something that’s known to be true, and actual means “existing in fact.” An actual fact, then, pretty much just means “a factual fact.” Stick with just plain fact.

Most managers we’ve spoken with complain about these phrases. Why not just say “now”? It’s a lot shorter, too.

Depreciate alone means “to lessen in value.” Don’t depreciate your writing by adding the redundant “value” to it.

Eliminate means “completely remove,” so the idea is, well, completely and entirely there without the unnecessary adverbs. You can’t eliminate something partially, so you don’t need to specify how much eliminating you’re doing.

Here are two two-word phrases that managers see all too often and hate — as in, “The company seeks to combine together two different approaches and increase sales.” Combine means “to join or mix two or more things.” You don’t need “together” since it’s already implied. It’s the same with “join together.”

A result is at the end of something. You don’t need to distinguish it from a beginning result or a middle result since there are no such things.

Same idea with “final outcome”: Outcome means the way something turns out; it’s already final without adding the word.

If something is the same as something else, there’s no degree of difference between them. You can say “nearly the same,” but “exact same” means, well, just “same.” Even though some guides and dictionaries say it’s okay when used to emphasize the point that something is literally the same, it’s still repetition and best to avoid.

Approval is always favorable, so you don’t need that adjective in there. And of course, if it’s not favorable, it’s disapproval, not unfavorable approval.

For some reason, many people think adding the “ly” to “bad” makes it sound better, so they say “I feel badly” instead of “I feel bad.” But that’s wrong. (Do you ever say “I feel greatly”?)

The only time you should say you feel badly is if you aren’t good at physically touching something.

A consensus is a generally held opinion. So a general consensus of opinion is an overachiever from the Department of Redundancy Department — a triple redundancy! Consensus by itself gets the point across, and more succinctly.

Here’s another redundancy in action. A synonym of proximity is closeness, and close means, well, close. So “in close proximity” has an overload of “closes.” Even though it has become such a commonly used phrase, it’s best to just say “close.”

When you’re sharing a perspective or insight, readers will already get the concept: it’s your opinion. There’s no need to throw in that all-too-overused phrase — unless, of course, you’re countering your opinion with others. If you really need to make it clear, opt for the simpler “I think …”

Many managers say this phrase comes off as pompous and jargony. Instead of four words, use only one: “Finally.”

If you’re in the process of something, it means that you started something and are still doing it. But it’s a clunky, often unnecessary phrase that is typically used with confusing sentences.

This frequently appears on grammar pet peeve lists. The issue? Unique means “unlike anything else.” So you can’t have gradations of uniqueness. It’s unique, plain and simple.

All of these words without “past” already refer to the past, so you don’t need to specify — unless you’re writing a science fiction novel and are referring to future and past history via time travel!

These sound long-winded and pretentious. “The office was empty at noon, the reason being that everyone was at lunch.” Why not say “because” instead?

It’s a modern trend, and one that many people hate: Adding “situation” to describe any event. Take this, which we recently heard on a weather report: “Be prepared for a strong wind situation.” What happened to plain old strong wind?

This is another example of adding something that isn’t necessary. People add the suffix “-wise” onto words to make them have more portent and more weight. But it can sound pretty ridiculous. In other words, you actually sound a lot worse, grammar-wise, if you tack on this unnecessary suffix!