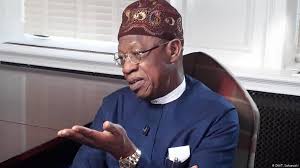 SENATORS representing the three Senatorial Zones of Kwara State on Wednesday, declared support for Governor Abdurahman Abdulrazaq, whom they described as the authentic leader of the APC in the state.

They equally maintained that funds generated by the party for the prosecution of the 2019 elections were fully accounted for.

The legislators said the Minister of Information, Alhaji Lai Mohammed was not speaking the minds of the party members when he said Kwara State, under the current administration had “entered one-chance.”

The lawmakers also explained that the revalidation of membership registration would soon start to enable those who had yet to register, do so before the state party’s congress.

The senators said they were already intervening in the political differences between AbdulRazaq and Mohammed with a view to sustaining the harmonious relationship among all members of the APC in the state.

Ashiru said, “Our meeting here is to assure you that Kwara, under the leadership of Governor Abdulrazaq is doing extremely very well in terms of development both physical and urban development.

“We want to assure you that the issue at hand, we don’t want to escalate it because is totally centred on what happened two years ago. We feel we have passed that milestone. We are in a new era.

“A very good era, an era where the slogan of ‘Otoge’ was orchestrated and we are happy that today, we have a new revolution in Kwara.”

Also, Senator Oloriegbe said, “We are very focused on this programme (Otoge) and what it means.

“As senators, we are working harmoniously with the governor. We want to bring everybody together.

The lawmaker also explained that the revalidation of membership registration of the party on in the state would commence on July 24.